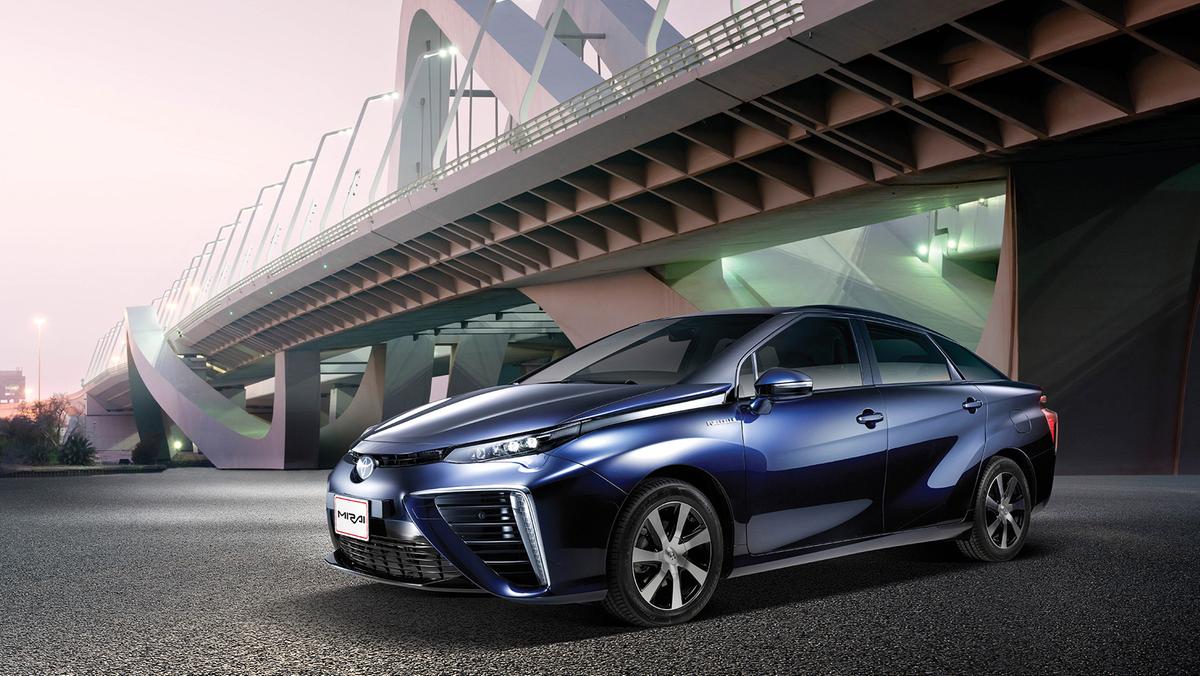 Toyota is predicting it will be able to sell hydrogen cars for the same price as an equivalent hybrid by 2025.

Today, a mid-end Toyota Prius hybrid costs around £22,000. That compares to a hydrogen-powered Mirai, which is sold at around £65,000, but which loses money once development costs are accounted for. However, the Mirai is a larger car than the Prius.

However, at the Tokyo motor show officials revealed that they expect the next generation of hydrogen fuel technology to be substantially cheaper to produce, as well as more efficient. The anticipated exponential growth in hydrogen-powered sales is expected to help lower costs as scales of production ramp up.

“In the early 2020s we will launch the next generation hydrogen fuel stack technology. That will provide a substantial move forward.” Said Naomichi Hata, general manager of new business planning for Toyota. “Today production of the Mirai is limited to 3000 cars a year. By 2025 we expect that figure to be ten times higher.

We expect, the same car type to cost the same price whether it is a hybrid or powered by hydrogen.

At the Tokyo motor show Toyota revealed the Fine-Comfort Ride concept, which showcased its next-generation hydrogen fuel cell technology in concept form. The car is said by Toyota to have a range of 1000km between refills, from a 6kg capacity tank.